Enjoy the rich diversity of experiences to be had in the south of the Lakes. Nigel Donnelly reveals what to do.

The Lake District has a uniquely inspiring landscape and has provided the backdrop for many stories in the modern era. 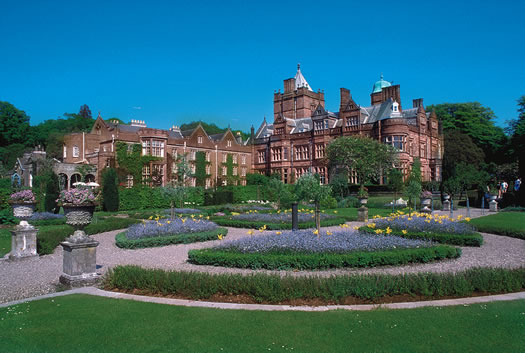 Beatrix Potter is one of Lakeland’s most celebrated authors and, by dint of the fact that she owned most of it, the South Lakes area is inextricably linked with her work. Celebrated guidebook author Alfred Wainwright’s writings created an awe-inspiring body of work documenting the landscape and the footpaths traversing it, but it only takes the briefest of visits to understand how the landscape prompts people to pick up their pens and start scribbling.

While the South Lakes inspires the writing of stories, the hills hide plenty of tales that have already been acted out. Barrow-in-Furness is a large town overlooking the northern end of Morecombe Bay, but its story is inextricably linked to the town’s natural and industrial history. The relationship between the two quickly becomes apparent in a visit to the Dock Museum. This free attraction explains how Barrow grew from a village of 100 residents with the discovery of iron ore nearby and the subsequent arrival of industry and the railway. With iron in good supply, Barrow became a major industrial town, and that’s why Vickers based its shipbuilding, armament and engineering company there. It became a world leader in its field and its role in the UK’s maritime and industrial heritage is well documented in the museum.

The place is built into a Victorian dry-dock formerly used by Vickers. Access is by stairs, although there is a small lift if you have a buggy or a wheelchair. The walls of the dock are exposed and give visitors the impression of walking around inside an exhibit, but it’s a really good wander, and to ensure that 21st-century kids don’t get fed up, there are several interactive exhibits with buttons, keyboards and levers to twiddle among the more traditional displays.

Still south of the national park’s boundary, Ulverston is another stop off the well beaten tourist track. The town is dominated by a lighthouse, known as the Hoad Monument. It’s open to visitors on Sundays or whenever the flag is flying but the 112-step clamber is only for the lithe-limbed. It wasn’t open during our visit though, so we didn’t need to prove our fitness. Or lack of it. Instead, we headed into town.

Even the most intrepid holiday-maker is unlikely to get to the western USA, but the western end of the Lake District peninsula is well within range and has a little bit of Hollywood glamour tucked away. The Laurel and Hardy Museum celebrates the life of Arthur Stanley Jefferson, better known as Stan Laurel, who was born in the town in 1890. Appreciably, the main bulk of the exhibits here are concerned with the star’s early life, but the museum’s creator, Bill Cubin, worked tirelessly to source memorabilia, documents and objects from Laurel’s later life, which was spent predominantly in the USA. 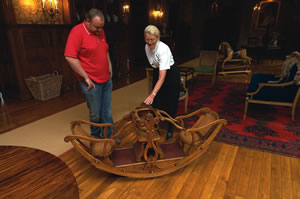 The staff at Holker Hall are very helpful

Bill died in 1997, but an enthusiastic band of local folk keep his legacy ticking over as the world’s only museum about the Oscar-winning duo.

Cubin’s chaotic attraction contrasts starkly with the sobriety of the Dock Museum, but is no less enjoyable as a result. You can spend two minutes or two hours walking around the items connected with the comedy duo, and when you tire of the paperwork and news clippings, just take a seat in the intimate cinema, which shows a constant stream of Laurel and Hardy films. At £2 per head, it’s cheaper and funnier than a blockbuster at your local multiplex.

After the rags-to-riches tales of Barrow and Stan Laurel, our next stop was more about straight riches. Holker Hall is a stately home, owned and occupied by the Cavendish family. Big houses full of antiques are not normally my lookout, but Holker has impressive gardens, an excellent café, a well stocked food shop and a celebrated motor museum, so it really demands a day out.

Inside Holker Hall, guests are free to explore the various rooms up and downstairs, but that’s not the whole story. What makes the place really interesting are the guides, who are only too happy to be asked questions. It was upstairs that I enjoyed the most, where the en suite washrooms were added in the late 1930s to cope with the visit of Queen Mary. It’s obvious that the house is very grand but it doesn’t feel especially old, and that’s because the West Wing, the only bit open to the public, was gutted by fire in 1871 and rebuilt in a grand Victorian style. It’s opulent, but also strangely homely.

In the grounds of the hall is the Lakeland Motor Museum, which is an essential visit. Exhibits range from familiar friendly faces, in the form of the 1960s Austin A35 and Mini, through to dramatic and awe-inspiring items, including a full-size replica of Donald Campbell’s ill-fated Bluebird K7 jet boat. The cars and motorbikes will certainly have petrolheads reminiscing, even if the kids make a beeline for the five-pence-a-throw 1950s arcade machines. Out in the courtyard you can see a Burlingham caravan, although the guy in the museum reception told us that we couldn’t look inside because the damp had got into the floor. As the van is of 1930s vintage, the warranty has expired, so we suspect the tarpaulin and silicone sealant will be out soon… 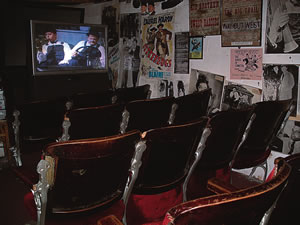 In contrast, the shed housing the Bluebird car and boat demand attention. There are no better stories in the lakes than those of Campbell and his fearless water-speed record attempts. The throng watching the museum’s video of his craft’s spectacular, sickening somersault on Coniston in 1967 ensures silence as the tape plays out. The wreck of the original Bluebird was raised from the bed of Coniston in 2001, along with Campbell’s body, but wrangling over the eventual fate of the boat is still ongoing, making the Motor Museum an essential stop for those wanting to see Bluebird up close.

Not all the boats in Lakeland are as fast as Bluebird, but there are plenty that are older. The Windermere Steamboat Museum just outside Ambleside is chock full of craft that have lived in and around the lakes, including Arthur Ransome’s old sail boat, in which he plotted Swallows and Amazons, and Beatrix Potter’s old rowing boat. Sadly, the Museum was shut when we visited, but we tempered our disappointment with a trip to the Beatrix Potter Gallery in Hawkshead.

Beattie’s rowing boat is all very well, but the National Trust-owned gallery of her work at Hawkshead is captivating. Potter’s paintings are hung on the wall behind glass, so you can get right up close and see every brush and pen mark of her illustrations. There are plenty of her books scattered around the place to read through, too.

The building itself was owned by Potter so the wander around, which involves stairs and restricted headroom, also offers a chance to explore a period property.