Okay, so Sherwood Forest is not exactly a ‘hidden’ gem. Tales of Robin Hood and his green-clad posse have abounded for centuries, most of them focused on that expanse of woodland in Nottinghamshire. But what about the rest of the county? I hadn’t spent much time there in the past, so I took a few days away to discover what else the area had to offer. 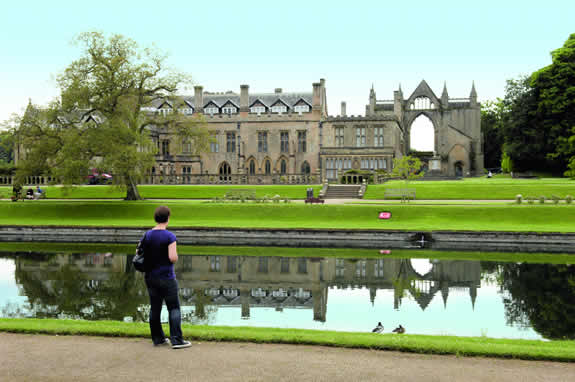 My short break began at Clumber Park (National Trust), south-east of Worksop, set in 3800 acres of beautiful heath and woodland. It was a sunny morning when I arrived so I strapped on my walking boots and set out to explore.

The park was formerly the grounds of Clumber House, demolished in 1938. These days, the park is owned by the National Trust and admission is free. You must pay a vehicle charge but this will be money well spent as ‘must-sees’ include the Clumber Chapel, the Walled Kitchen Garden, and the world’s longest avenue of lime trees called, yes, ‘Lime Tree Avenue’.

My next stop was at the Sherwood Forest Visitor Centre. I wasn’t planning on staying that long, as I’d been before, but as the weather was nice I took the 1 and 3/4-mile Greenwood circular walk past the Major Oak.

The visitor centre at Sherwood is a bit like a Robin Hood theme park, with two shops selling themed goods, a restaurant, and an interactive exhibition that explains the legend. However, if you take one of the longer walking trails through the forest you soon find yourself in silent woodland, well away from the hordes of toy bow and arrow-wielding children.

From the visitor centre it’s an easy 15-mile drive to Southwell, the next stop on my trip. It is a lovely Minster town, and the first real hidden gem of this trip. There are a few car parks in town but they were full when I arrived, so I parked safely in a residential street and took a short walk into the town centre.

Southwell is an historic, lovely place with Southwell Minster at its heart – a glorious, soaring cathedral whose size is quite a surprise in this small town. Despite the cathedral, Southwell has never been recognised as a city but that is not necessarily a bad thing because the town has an intimate atmosphere that seems to suit it just right. The small streets, full of boutique-type shops, are great for wandering around and, due to the size of the place you don’t feel footsore by the end of your meanderings. 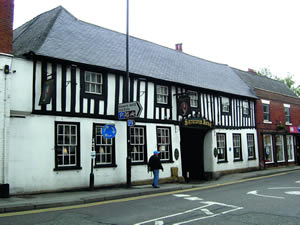 The Saracens Head Hotel in Southwell is a lovely 16th-century coaching inn and is where King Charles I spent his last night of freedom before surrendering to Cromwell’s men in 1646.

My appetite for shopping satiated, I popped into the The Saracens Head Hotel in Market Place for a late lunch, after which I crossed the road to the Minster (www.southwellminster.org). There has been a church on this site since the mid-ninth century and work on the present nave was begun in 1108. The rest of the church was built over the next few hundred years, resulting in the tremendous building that dominates the landscape to this day. Of particular interest is the Chapter House, which has some beautiful carvings, and the spires, which are pyramidal and made of lead, are unique in the UK.

I spent a comfortable night a few miles up the road at New Hall Farm, a fantastic family-run campsite with tremendous views. The final morning, my last on this trip, was to be spent back in Southwell, so I didn’t want to backtrack too far.Another place to visit in Southwell is The Workhouse. One of many such establishments in Britain, this particular one was built in 1824, to take in paupers and provide them with food, clothing and shelter in return for labour. The work that the inmates were forced to do was deliberately menial and boring, which meant that only those in real, desperate, need, rather than the less impoverished, would ever seek shelter at the house. 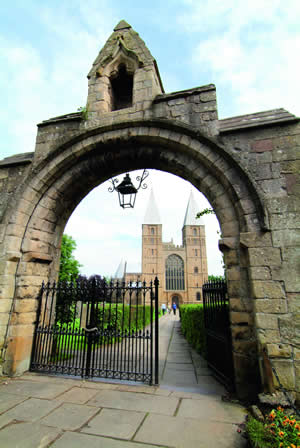 Southwell Minster is a surprisingly massive edifice for this small town

This workhouse is one of the finest remaining examples in the UK, and it is a humbling experience to walk around the dormitories and exercise courts. Men, women and children of all ages stayed here, and some of the rooms have been left exactly as the National Trust discovered them when it bought the property. The Workhouse is on the A612, east of Southwell and there is an entrance fee.

After leaving the Workhouse, I drove to Newstead Abbey (www.newsteadabbey.org.uk). This lovely, stately home was once a priory but is better known as the home of libertine poet Lord Byron. Today, you can walk around the house and grounds and take in the glory of the medieval-style building and landscaped gardens. The house is opulently furnished and includes the bed that Byron brought from his rooms at Trinity College, Cambridge. You can only imagine the goings-on: he used the Great Hall for pistol practice, and the Great Dining Room for boxing and fencing. After a satisfying couple of hours at the house, I left Nottinghamshire feeling pleased that I had discovered some superb hidden gems. But do visit the area yourself, because that way you’re sure to uncover your own hidden locations, too.