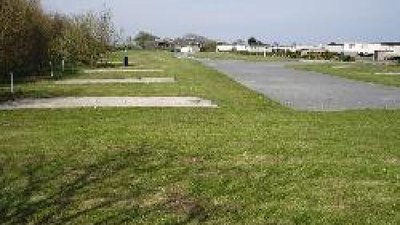 Located in the Outer Ards. Designated area for Touring Caravans in Ballywalter, Down. All pitches have hard stand and are fully serviced with ample space for awnings. Tennis Court and direct Access to Safe Sandy Beach. Within walking distance of Ballyferris Shop. Resident Park Manager

Nice park, that's all it has going for it.
Beach was filthy and smelled, toilet block, although clean, was at least 50yrs old,had broken asbestos in the eaves, broken and seeping tiles. It was quite busy when we were there and the mens toilet block only had 1 shower, the ladies had 2 and unless you were up really early you had to wait for the shower. I counted 41 standings. So when filled, forget the shower,if you want to use it.
The playground was ok, nothing special It does have a tennis court, this looked as old as the toilets.
You have to prebook your site, so no good for touring. When I rang to book, it felt like it was a chore for them, although when we got there they were friendly.
Would I go back. NO!
Would I recommend. NO!