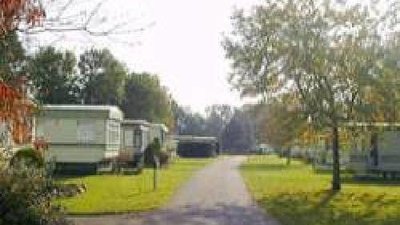 The Old Mill is an ideal base from which to visit the famous attractions of the Highland and Grampian regions.The caravan park is near the beautiful Moray Firth coastline and is a quiet, well kept, family run park in a peaceful countryside setting.

All enquiries by TELEPHONE ONLY please.

Drove a long way on spec. for a touring pitch, reception shut,walked round "site" then found the owner who said "we're shut, closed yesterday". I did advise him that it might be a good idea to let the public know via his not very honest website. He really just could not be bothered. Who in their right mind closes a campsite in August? So,would I recommend it,would I heck.

We arrived at aprox 7.30pm and keys were in the door of the caravan as expected. On entering the caravan it was quite smelly(stale smoke), the owners of the park new there was seven of us to be in caravan- there was only two cups, 3 knives, 3 spoons, 2 side plates, two single quilts, 1 double & 4 pillows, no matchers or lighter for cooker & fire & no tin opener. The kettle was not working, the kitchen light was not working, and the hot water temp could not be controlled( either scalding or freezing) this affected the shower also. The bathroom had not been cleaned still had toothpaste in bathroom sink and the shower curtain was covered in mould. On phoning the next morning at 9.30 because there was still no one in reception a warden came round who got us the things we needed in dribs and drabs. We had to use the campers communal shower because ours was so tempramental. They state pets must be kept on a lead the reason for this is there are domestic fowl which wander about the park freely there is also few roosters who wake you up as soon as it is light...4.30am not really a time to be getting up on holiday.
The Old Mill Caravan Park, Forres, Moray, Scotland