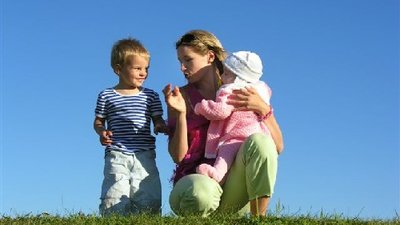 Hollybank Caravan Park is a stunning holiday site found in the heart of Cheshire in the north west of England. The park holds a four-star rating from Enjoy England and a five-pennant rating from the AA. Hollybank is one of only a few caravan parks in the area, and coupled with its location in beautiful countryside this makes it one of the most popular places to stay in Cheshire. The park is a Camping and Caravanning Club Site, and non-members are able to make guest bookings should they wish to stay at the park, while club members can enjoy great discounts on their stay.

Hollybank Caravan Park is open all year to families and their pets.

The site serves as an excellent base for exploring the north west of England and beyond, enjoying easy access to all of the main motorways and other transport links around the area.

There is plenty to do on and around the site at Hollybank, with a sizeable children’s play area perfect for little ones to run off some energy, a games room, internet café, and large duck pond. Guests looking to stock up on groceries and other holiday essentials need never leave the site if they wish, with the on-site shop catering for all guests’ needs.
Guests looking for a relaxing day out without travelling far from the park will find an amazing network of walking routes heading out from the site, offering miles of pathways across the Cheshire countryside and breath-taking views of the surrounding landscape.

Further afield there is much to do and explore, particularly if guests head to the famous towns and cities found in the area. Visit Chester Zoo, which is regarded as one of the best zoos in the UK. With a wide range of animals – 11000 of them from 400 species - from across the world it is a great place for a family day out. As well as standard enclosures and habitats, there is a number of specially created exhibitions at the zoo where families can learn all about certain species and how they live.

Guests will also find many things to do in Manchester, which is within reach of the park. Vitis the Trafford Centre for the best shops in Manchester, along with leisure, and entertainment. If you enjoy discovering history and culture on holiday, we recommend that you visit Manchester Cathedral and the modern Manchester Museum of Science and Industry.

For football fans holidays in Manchester really ought to include taking tours of Manchester United and Manchester City’s football grounds. Walk the walk of your football heroes and imagine the roar of the crowd that greets them as they walk onto the pitch.

Visit Liverpool for a fantastic day out, too. Liverpool offers a fantastic range of things to do and tourist attractions. Beatles fans can visit the places where John, Paul, Ringo and George once played. There are more museums, galleries and attractions here than anywhere in Britain outside London. Liverpool's Albert Dock in the city being one of the most thriving and upbeat areas anywhere in the UK.

Hollybank Caravan Park is the ideal place for family holidays in Cheshire!

This park is disgusting i lived there with my two children and was pregnant the owner john fury threatened me and took my belongings as i missed on months rent. They are alcoholic and drug users on here and i had john and his son in my bedsit threathing me. They also got raided

Wanted somewhere cheap and convenient to the Trafford centre and Bents Garden centre, for our Christmas shopping, so this was the obvious choice. It's also a great location for Lymm which is a lovely quaint village ideal for walking. Warm welcome, well stocked onsite shop with groceries and also wine and other alcoholic beverages. If you want value for money, this is a great find

This place is fantastic now that it is under new management. The site is a lot cleaner, the staff are friendlier and they have improved all the caravans and site pitches. People need to remember that this place is more of a budget campsite and isn't for glamping. It's for pitching up a tent and walking around the surrounding areas and breathing in the fresh air.

We rang Holly Bank Campsite a month in advance of our stay, and booked 2 hard-standing plots next to each other, one for us and one for our friends. I also telephoned a few days before arrival to confirm we’d been allocated our requirements and during that phone call the lady I was speaking to said that she was the same lady I’d done the original booking with, and that she personally would ensure we’d got 2 hard-standings plots next to each other.

Upon arrival on a Friday evening in October we checked in, and after we’d paid, we were informed there were no hard-standings available and that we hadn’t booked hard-standings. I explained that I personally had done the booking and that I’d made it clear that if hard-standings weren’t available then we didn’t wish to book. The manner of the receptionist was appalling, we were told if we weren’t happy, then we could go and find another campsite, which as I’m sure you can appreciate isn’t an easy thing to do in the dark, in a location you’re not familiar with, on a Friday evening in October! Believe me, if it was, we wouldn’t have stayed at Holly Bank!

We were then advised to drive to an area further down the campsite and that someone would come to us, to advise exactly where we were to park. We waited over ½ an hour and no-one came to us. We got out of motorhome, to find 2 members of staff just chatting at the rear of our vehicle. When they saw us, one of them said “just park down there anywhere you can.” ‘Anywhere you can’ proved to be a joke, as the ground was just like a bog. First our friends got stuck and had to be towed out, then we got stuck, but unfortunately we had to stay stuck, up to our axles in mud, until next morning, as all the staff had just gone home, so there was no-one available to tow us out!

Later that evening we spoke to a couple in another motorhome, who had also booked a hard-standing and they were told exactly the same as we had!

Someone from a nearby privately owned static caravan said to us that it’s a regular occurrence seeing the tow truck, as caravans and motorhomes are always getting stuck!!

The dustbins on the site were overflowing, and to get to the bins, we had to walk through effluent which was running over from the waste tank.

We were so glad we’d got our own vehicles and hadn’t booked one of their ‘to hire’ caravans, as the complete row of them were covered in green mildew, the locker doors were hanging off and the entry doors had been left open, allowing the curtains to blow outside the caravans in the rain!

During our stay, we asked to speak to the owner of the site, but we were advised he wasn’t available so we telephoned once we were home to explain how disappointed we were. The owner became very irate and abusive! When I did manage to get a word in, I explained in a calm manner exactly what had happened, and he then offered us a free night’s stay, if we wanted to go back. I said that unfortunately because of the state of the site, we wouldn’t be going back. At that point, the owner became very abusive once more and even threatened to take me to court (what for, I’m still not sure)!!

My recommendation is to avoid Holly Bank Caravan Park at all costs!!

stayed 2 nites.we have stayed before over 1yr ago,
but found our stay much better this time,site is much cleaner an alot as improved since.
made us very welcome.
will return some time soon nice stop off on our way to the lakes

Have just spent 3 nights at this site ovr Easter 2009. This isn't a review as such, just points worth mentioning.

We stayed in the grassed caravan pitch area where we were allowed to choose our own pitch. The shower block near here was always warm, but, it was also dirty and I would not let my children in there.

The bins were outside the shower block and these were not empted all over Easter, by Monday it had become a dumping area. On the Saturday I saw a rat there and so never went back. There was also a leak under the block which meant there was a lot of water around.

Emptying of the caravan toilet was not a nice experience! The area was all wet, there was no flushing facility and no hosepipe to clean out your toilet.

Despite this, we had a nice weekend as we had family visit and made our own fun. Older children would have been bored, but you would have known this when you booked. We did not use the shop.

The lack of cleanliness and the bins not being emptied is inexcusable. Shame, as its an ok site if you're the sort of family that can amuse yourselves and don't particularly want to bother with neighbours, bars and childrens activities!
Hollybank Caravan Park, Warrington, Cheshire