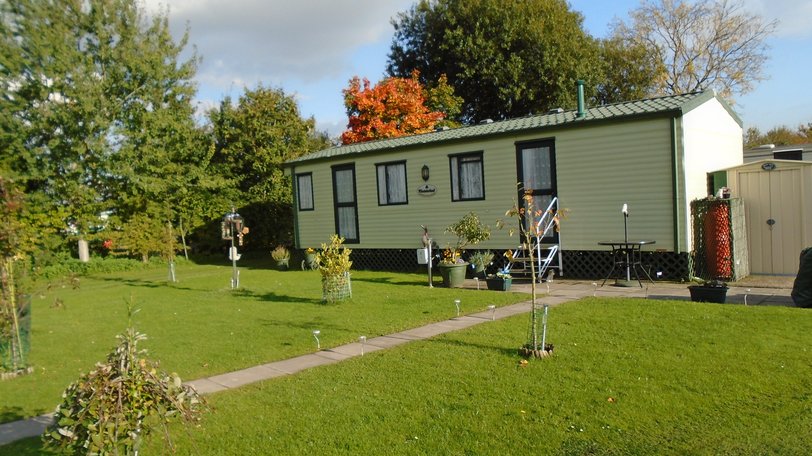 Tollerton is a small and friendly caravan park, located in beautiful Yorkshire countryside, near York.

The park offers new and used static holiday caravans for sale, self catering caravans for hire, touring and camping, seasonal tourer pitches and caravan storage. The current list of caravans for sale is shown on our GreenWoodParks.net web site (see Website link above).

Facilities include a small fishing lake, large recreation field, toilet and shower block, barbecue house, and the newly renovated Station Inn pub is located at the park entrance. A resident warden lives on the park to assist you in the summer and look after your caravan in the winter.

Tollerton is 10 miles north of York, close to the A19. From York, take the A19 towards Thirsk. At Cross Lanes village, turn left towards Tollerton. After 1 mile, just before the railway bridge leading to Tollerton village, you will see a pub on the right that has been converted into a chinese restaurant). The Park entrance is reached through the restaurant car park.

Picturesque local towns include the market town of Easingwold, the spa town of Harrogate and the walled city of York.

For entertainment, there is the Lightwater Valley at Ripon, Flamingoland Zoo at Malton, Atlantis Water Park and Kinderland at Scarborough, the Askham Bryan Wildlife & Conservation Park at York, Tropical World at Roundhay, and York Maze at Elvington. Cinemas in Ripin, Harrogate and York. Theatres in Harrogate and York.

The park is located between two National Parks, the Yorkshire Dales and the Yorkshire Moors, and there are lots of places to go walking, such as the Howardian Hills or the Yorkshire Wolds Way (a 79 mile walking route running from Kingston-Upon-Hull to Filey). You can play golf at Aldwark Manor, Easingwold and Forest of Galtres. Horse riding at the York Riding School. Fishing in the small lake on the park, or at Redwood Park.

For food and drink, the Station Inn pub is located at the park entrance. There is a good selection of restaurants in Easingwold, Harrogate and York. Famous local eateries include Betty’s tea-rooms in York and Harrogate.

we stayed at this touring site over the easter weekend. toilet block is brand new and was kept clean all the stay. however,it rained and site became muddy. all the warden said was he would tow people off if necessary! we live in the 21st century and there should be proper tarmac roads and more hardstandings. also we were too close together for our liking. water point next to electric point. site electrics tripped 7 times whilst there. two units had had enough and left a night early because they were paddling in mud
Tollerton Caravan Park, Tollerton, North Yorkshire

APRIL 2009 2wks Just had two glorious weeks at Easter on this site and thoroughly enjoyed it. the owners are really friendly and helpful. Has brilliant little fishing lake on it which we enjoyed fishing. Got full over Easter weekend but was still peaceful enogh for us. We found everyone spoke to us and loved it that much that we have booked on again for May bank holiday Arron & Dawn Hindle.
Tollerton Caravan Park, Tollerton, North Yorkshire

After going to this park for the last 3 years we have found it very friendly and relaxing. The lodges and site are extemely clean and tidy. The owners are very freindly and approachable if there are any problems that occur. We are that impressed with the site, accomadation and the owners (Tracy and Andy Greedy) that we have booked two weeks in July/August for our honeymoon in 2009.
Incleboro Fields, Tollerton, North Yorkshire