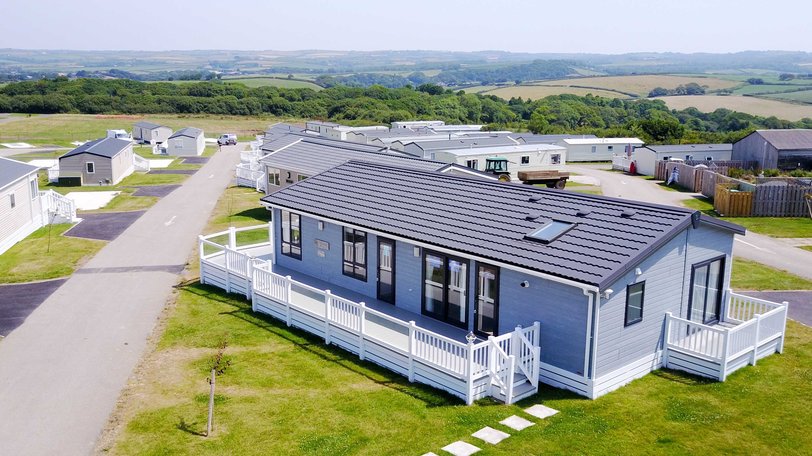 Widemouth Fields is set in the idyllic Cornish countryside, only a short drive from the beautiful beaches at Widemouth Bay and the seaside town of Bude. The ideal location to relax and explore Cornwall.

Surrounded by glorious countryside and phenomenal views, only a mile west from the park, you’ll be greeted by the golden sands and waves of Widemouth Bay.

Whether it’s sporty, family-friendly, educational, or wet weather attractions you’re after, you’ll find plenty of exciting days out, not far from the park. Whatever your interest, from walking or horse-riding, golf to fishing, or even just a lazy day relaxing with a Cornish cream tea, there is something for absolutely everyone close by.

Some exciting attractions not to be missed include The Milky Way Adventure Park, Bude Castle, Clovelly Village, Port Isaac, The Eden Project and many more!

Widemouth Bay is just one mile down the road with surf lessons, coastal walks and some lovely bars and restaurants. You can also visit Bude which is just 5 miles in the car, providing you with a bustling town centre, more beaches and the canal.

We booked this site because a few years ago we brought our caravan here so our son with his partner and young son could have a holiday. At that time the part of the site where our caravan was pitched was well laid and out and neatly maintained. The facilities block looked new, fresh and as if they were cleaned regularly.
Maybe the alarm bells should have rung when we were able to book a full facility pitch for 10 days in August which at the time was only a month ahead, and this was at a time when we were enjoying one of the hottest summers we had had for years.
On arrival you are directed to park on the right which wasn’t easy as the car park is laid out for cars without caravans or trailers attached. The area where we had pitched our caravan previously was now set aside for static caravans. Tourers are through a gate into a lower field and it really does feel like you’re entering a different site. This area has the feel of being less well maintained, the poor relation when it comes to the statics. Despite the fact that we were there during the school summer holiday period less than one third of the pitches were in use.
Our pitch should have been easy to manoeuvre on to but it was difficult to line up with the edge due to the weeds growing through the gravel.
The website advertises a small quiet bar and whilst there is one it was open so rarely that it might as well not exist. It wasn’t that we were looking for somewhere to go and get drunk but as another couple on the site said it would have been nice to go up and have a chat with others staying on the site. I fully understand that not all facilities can be available at all times but this was in August at the height of the season. We were aware that there was another partner site where we could have gone for a drink and entertainment but if that was what we wanted then we would have stayed there.
Having been impressed by facilities when we last pitched our caravan at this site our experience this time was very different. I don’t really know where to start with them but they weren’t good. A number of the cubicles contain a shower, toilet and basin. The shower curtains are set so high that water bounces back up and anything hung on the bottom of the two single hooks available tends to get wet. The facilities were only cleaned a maximum of once a day which when you have grass pitches and people walking through with muddy shoes is not enough. It actually made it difficult to have a shower without getting your feet dirty whilst getting dry. The ladies block also smelt of damp, stagnant water due to the drain not coping with the water. Based on the condition of the facilities, the number of cubicles that had run out of toilet paper and rubbish that was there on Saturday still around on the Monday it would seem that they had not been cleaned on the Sunday. When I raised this with Reception on the Monday I was advised that they should have been cleaned on the Sunday and that the team would be cleaning them as soon as they had finished the static they were working on, an indication of priorities?
As far as I was aware there is no on-site warden and I think that this clearly shows in the condition of the site. This was also apparent when on several evenings you could here groups making a noise well past midnight. I’ve nothing against people having fun but wardens walking around do tend to encourage people to consider how much noise they are making.
One couple pitched near us were so disappointed with the site that they decided to hitch up at least one day early.
I don’t know if the company that now owns this site is the same as when our son was here but I think that the indications are that the focus is on statics and glamping pods. I don’t think tourers are really part of the future planning.
Will we visit again? No, if we are in this area again there are enough other better sites to choose from.

Brilliant family run campsite. The staff are always prepared to go that extra mile for customers. Well stocked shop. A mini bus that will take you to Black Rock, Widemouth Bay or Bude for a donation. The toilets and showers are modern and cleaned daily. Good sized pitches. Great play area for children. Bar and T.V room

Super friendly staff who can't do enough for you.Good site shop with a good range of products with reasonable pricing.Good size pitches and well drained.Very clean shower/toilet blocks.Free minibus daily to Bude and back.Huge dog exercise field adjacent to site.All in all excellent value site and we will be returning.

We have recently came back from a 3 night stay in on of the 'Platinum' static pet friendly caravans. As soon as we walked through the door we were so impressed. Everything was super modern and super clean!
The caravan was perfect for our needs and we would definitely return and would recommend without hesitation.
The park its self was nice and quite - just what we needed!

We wanted a nice quiet place to stay where the kids could go and play but was within 10 minute drive of the Beach and that is what we got. Close to Bude for shopping needs, close enough to the Beach and just off the A39 so easy access to where-ever we wanted to go

Book your stay at Widemouth Fields