Campers get on their bikes for charity

Ahead of the Tour de France coming to the UK, the Camping and Caravanning Club's own cycling marathon is underway, blogs Caravan Sitefinder's Rob Ganley 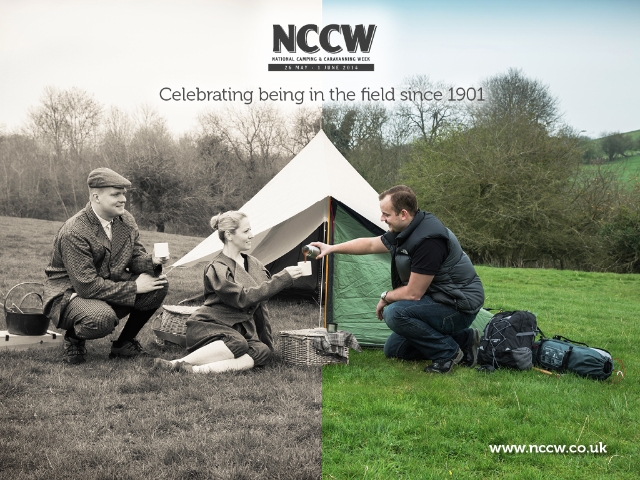 National Camping and Caravanning Week (NCCW) first began in 2001, which was the Club’s centenary year. It aimed to set a world record for the most people camping and caravanning at one time and, after a successful first year, the event has run each year since, celebrating camping holidays and caravan holidays.

At times it’s seemed a little bizarre – take for example 2012, which was of course the Queen’s Jubilee year. During NCCW, campers all over Britain did their best to set a new world record for – wait for it – the most people wearing a crown at the same time in different places!

But it’s never less than fun, and peopled by enthusiastic campers up and down the country. For 2014, the Club’s NCCW idea is focused on cycling – after all, 2014 sees the Tour de France feature stages of its annual race in Yorkshire. And, of course, the Club’s history is steeped in tent camping and cycling. The Camping and Caravanning Club was founded in 1901, as the Association of Cycle Campers. Since then, it’s grown to cater for nearly 500,000 members, and welcomes all forms of camping, including caravans and motorhomes.

And that’s where the Cycle Challenge comes in – a Camping and Caravanning Club team of cyclists took on the challenge to raise money for Sustrans. They set out on Monday 26 May from Wantage, in Oxfordshire, which is the site of the Club’s first meeting back in 1901. And the Club's Facebook page shows they completed the first leg, to the Club’s own Cambridge site, yesterday evening. 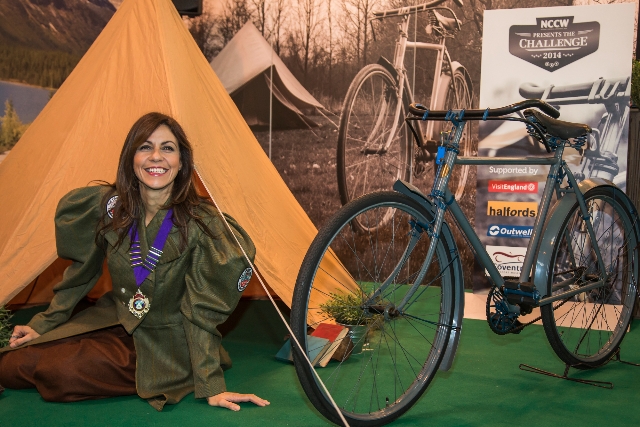 The plan is to complete a 420-mile route, with the team pitching up at campsites along the way. They’ll even take in parts of the punishing Tour de France stage routes. And to make things even tougher, they’ll ride in traditional tweed cycling outfits.

Other destinations they’ll pass through include Peterborough, Nottingham, Chatsworth Park in the Peak District, Glossop, Huddersfield and Keighley, before heading to their final destination at Scarborough.

We’ll be pitching up at the Club’s site in Scarborough on Friday 30 May to see the Cycle Challenge team roll over the finish line, led by Club President and TV presenter Julia Bradbury.

The Club site at Scarborough will also host a range of old-style fairground games and a Punch and Judy show. For information on the route and the Club Challenge team, visit the Club’s dedicated challenge website.

The Cycle Challenge, and the grand finale in Scarborough, is the main event of the NCCW, but there are other events planned at the Club’s 109 sites and 16 Camping in the Forest Sites. You can also follow the Club’s Cycle Challenge on Facebook, Twitter and YouTube. Be sure to look for the hashtag #needfortweed.