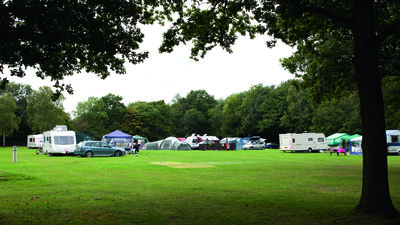 Kelvedon Hatch Camping and Caravanning Park can be found a short distance outside the popular town of Brentwood, and is one of the most popular caravan parks in Essex. The park is open from late March to early November and welcomes tents, motorhomes, and touring caravans to its pitches, many of which are fully serviced. Tourists staying at the park benefit from access to electricity hook-ups as well as facilities for completing laundry and washing up that are easily accessible from all pitches. Wi-Fi access can also be enjoyed across the park, which is child and pet friendly with an outdoor play area for youngsters to enjoy.

Kelvedon Hatch is so well-loved because of the unique balance it offers. The park itself is among the leading holiday parks in Essex, owing to its rural location where it is easy to escape from the pressures of life. However, for those who want to explore further afield, trains from Brentwood Town Centre can have you in Central London within an hour, while in the opposite direction you can head to the fabled Essex coast and enjoy towns like Southend.

A number of walking and cycling routes surrounding the park direct you into the open spaces that are available, while you can also jump in the car and discover some the best local attractions for yourself. Old Macdonald’s Farm, situated a short distance off the M25 motorway, is a great day out for the kids, featuring rides but also opportunities to feed and pet the animals, with soft indoor play for if the weather moves in or you have smaller children.

In Kelvedon Hatch itself there is a museum which was once a nuclear bunker. Built in 1952, the building now charts its own history including the reasons why it was built, and when it was decided it was no longer needed as a bunker.

There are numerous country parks surrounding Kelvedon Hatch, while those who want shopping and other experiences should head into Chelmsford or consider a trip to Colchester Zoo. There are also numerous small streams and rivers where fishing can be enjoyed, and a number of golf courses exist in the local area, especially if you are able to head towards the M25, which will open up the whole of London for you to potentially explore.

Strike the perfect balance between the country and the city; stay at the Kelvedon Hatch Camping and Caravanning Club Site and enjoy everything available to you.

Kelvedon Hatch has a once-secret nuclear bunker - designed to hold 600 people in the event of war. It is now a museum telling the story of its life since its creation in 1952.
The village church is famous for its Arts and Crafts architecture.
Brentwood is four miles from the campsite. It has several attractions, including Mountnessing Windmill - a restored, working post mill.
Trains into London go from Brentwood station every ten minutes and you can reach them using the bus stop half a mile from the campsite.
London Underground trains also depart from Upminster on the District Line.
The North Weald Airfield Museum commemorates the part this airfield played as a fighter base during the Battle of Britain in the Second World War.
Old MacDonald's Farm has plenty to do with the younger members of the family, including an indoor soft play area and plenty of animals, from pigs to alpacas.
Ingatestone Hall is one of the finest Tudor mansions in the country, but check its opening times if you'd like to visit as this is still predominantly a family home.
The Epping Ongar Railway is a heritage railway running through six miles of beautiful Essex countryside. A vintage bus often connects the line to the London Underground Central Line at Epping.
Weald, Thorndon and Hutton Country Parks are all nearby.
The church of St Andrew at Greensted-juxta-Ongar is thought to be the world's oldest log church.
There are several good places for eating out near the campsite at Kelvedon Hatch.